Below is an image which compares three Harmony guitar bodies. The body on the left is factory stamped as H55. The sound hole is moved further south towards the bridge as though they were getting ready to install the pickup under the fret board extension. It has holes drilled south east of the bridge for volume and tone controls pots which are patched. These holes have a spruce patch glued to the under side of the top using original Harmony hide glue (aka "red glue"). This was done to make it easier to install the two round hole plugs. Also, inside there is the extra large flat patch north of the sound hole which is always found in the H55/H655. There is no 7/16 inch brace as usual for an H55. In the lower bout side, they glued in the H55/H655 reinforcing gusset for the jack plug. The jack plug hole was never drilled. So, was this was an H55, which the factory decided to upgrade to an H1203?

In the center is a very old H55. Please ignore the odd scratch plate. This was applied later and is not factory standard. Check out the nail head near the center of the scratch plate. The center guitar has the holes drilled for the H55 pickup, no 5/16 inch cross brace above the sound hole, a very large spruce patch above the sound hole per the usual H55/H655 standard. All jack plug and potentiometer holes are drilled. So this is a standard very early version H55. Because of the extra long bridge reinforcing plate, it has to be pre 1965. However, I believe this to be a pre-1960 guitar body based on the glue used to attach braces, no side bracing, the very vintage sound hole binding and the typical 50s Harmony extra wide liner blocks (aka kerfing).

On the right for comparison purposes is a standard H1203. Note the sound hole is much higher on the top than on the H55 bodies.

All three guitars have the same scale length. 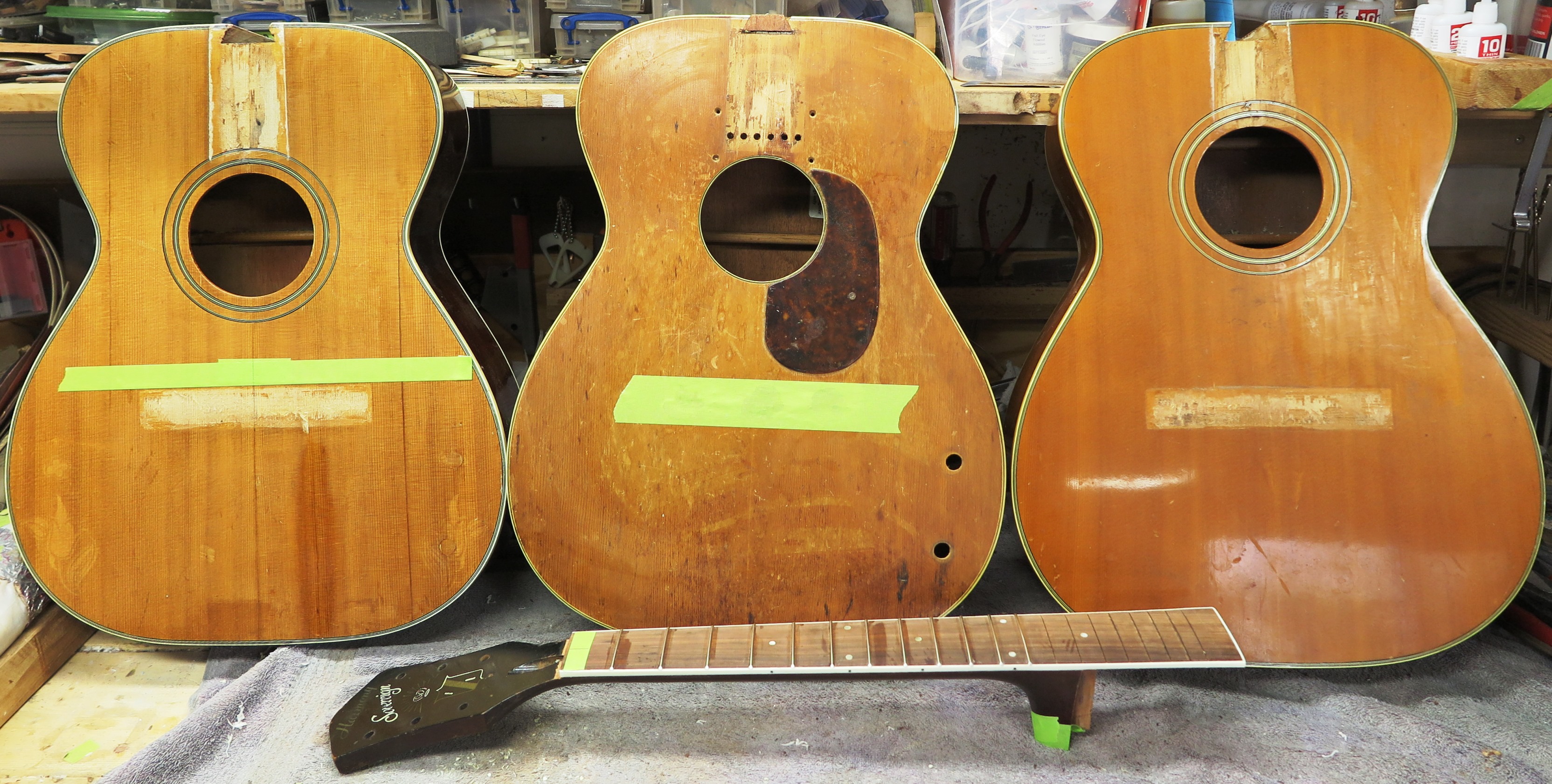